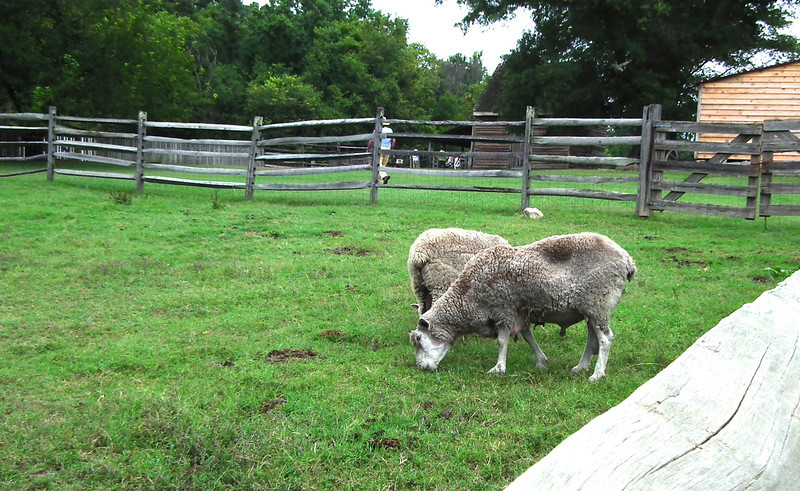 Gulf Coast Sheep - Meadow Farm - Glen Allen, VA
Gulf Coast sheep, also known as Gulf Coast Native sheep, Woods sheep, and Native sheep, descend from the Spanish flocks brought to the New World by explorers and settlers beginning in the 1500s. The genetic origins of the Gulf Coast breed are not known, since a wide variety of types and breeds of sheep existed in Spain at that time. Churro sheep, multi-purpose animals used for meat, milk, and coarse wool, were commonly brought to the Americas by the Spaniards, however, and may well have contributed to the breed’s foundation. At the same time, the Gulf Coast’s fine wool suggests a contribution from pre-Merino types as well.