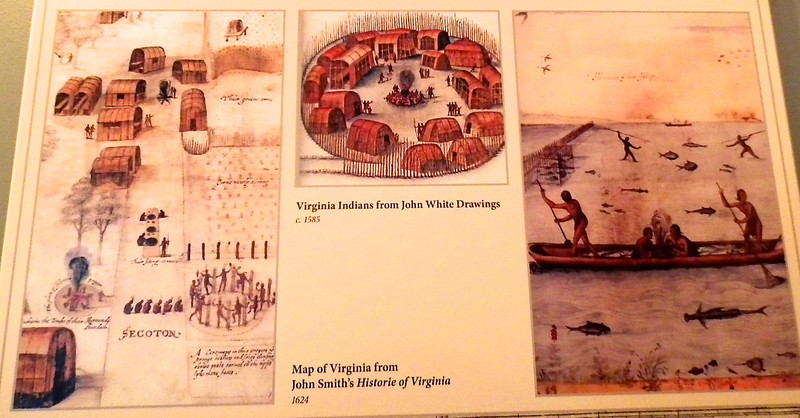 Pre-1600 Virginia Indians at Meadow Farm - Glen Allen, VA
The native people occupying Meadow Farm prior to English settlement were tribes of Algonquian Indians who had migrated from the Northeast around 1500. Stone tools and pottery fragments from Meadow Farm sites reveal that early inhabitants hunted and later cultivated the land. This period of Indian settlement is known as Late Woodland. These tribes established villages with a complex social structure and depended on extensive gardening for most of their food. The planting was done by women and elderly men using digging sticks. They practiced crop rotation and harvest 5-20 bushes an acre. The three major crops were beans, corn and squash.