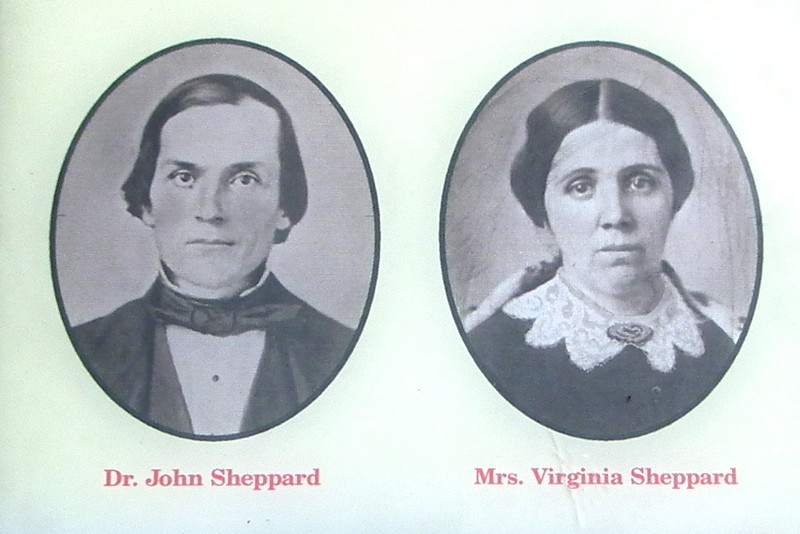 Dr. John and Virginia Sheppard - Meadow Farm - Glen Allen, VA
The Shepphard family lived at Meadow Farm during the Civil War. Dr. John Sheppard, a physician and farmer, his wife and 9 children all felt the impact of the war. Alexander Hamilton, Dr. Sheppard's oldest son, was a guard at Libby Prison, a Confederate prison for captured Union soldiers. Since the Fall of 1863, the Confederate Government required farmers including Dr. Sheppard to turn over 1/10 of all their crops and meat as a tax in kind "for the common defense and [to] carry on the government of the Confederate states." The loss of needed crops, shortages of basic consumer items and escalating inflation all contributed to the deteriorating quality of southern life.