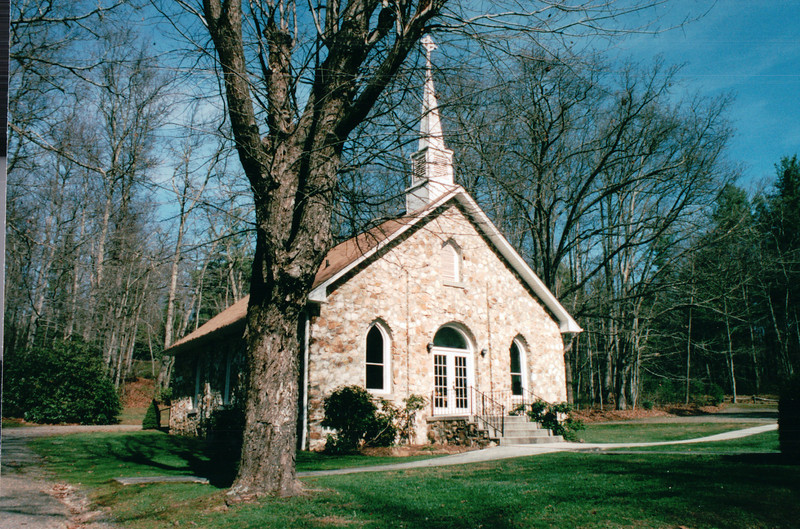 Mayberry Church on Blue Ridge Parkway Milepost 180, VA 11-10-03
The community of Mayberry, like much of what is considered the "mountain" section of Patrick County, Virginia, became a settled farming village in the 1820s to 1830s. Mayberry was one of many tiny communities tucked into the rolling plateau that was attractive to the early pioneers mostly descended from German, English and Scotch-Irish immigrants. In many ways Mayberry began as a rough and tumble frontier town. Not far from the center of the community that includes the church and Mayberry Trading Post stood Fort Tory near Hurricane Ridge. Originally called Bear Wallow, this frontier fort was built around 1752 as part of a chain of frontier forts across the Blue Ridge Mountains that protected the settlers in the Piedmont areas from Indian attacks.