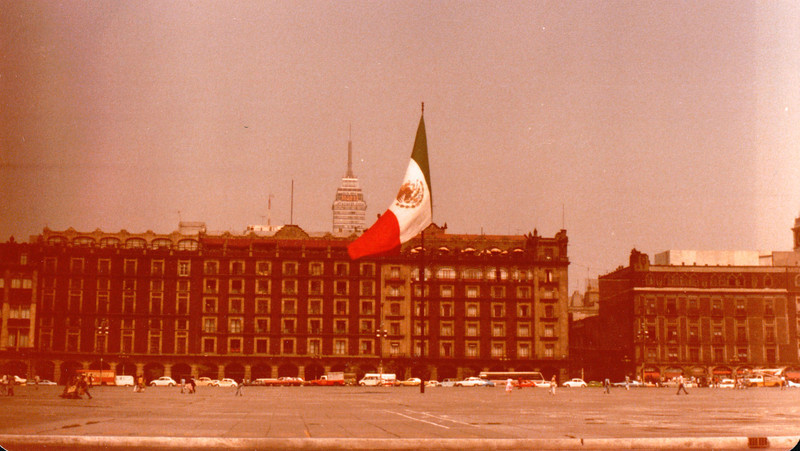 Zocalo Plaza de la Constitucion - Mexico City - May 1979
The central feature of Mexico City is the Zócalo (Plaza de la Constitución), where Mexico's first Constitution was proclaimed in 1813. Measuring some 780 ft (240 m) each way, it is one of the largest squares in the world. The Spaniards began to lay out the square immediately after the conquest of Tenochtitlán, with its northern half overlying the southern part of the demolished Aztec temple precinct, the Teocalli. In the early colonial period the square served a variety of purposes. Today the square is one large empty space, which is used for festivals, parades and demonstrations. A huge flag is hoisted every morning. Dominating the square are the National Palace and the Cathedral.

Latino-Americana Tower in the background is 44 stories and rests on floating piles sunk into clay.