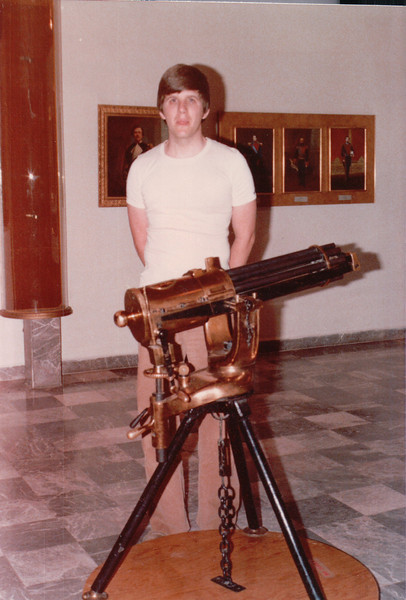 Chapultepec Castle - Mexico City - May 1979
Chapultepec Castle (Spanish: Castillo de Chapultepec) is located on top of Chapultepec Hill. The name Chapultepec means "at the grasshopper's hill." It's located in the middle of Chapultepec Park in Mexico City at a height of 7,628 ft (2,325 m) above sea level. The site of the hill was a sacred place for Aztecs, and the buildings atop it have served several purposes during its history, including that of Military Academy, Imperial residence, Presidential home, observatory, and presently, the National Museum of History. It's the only Royal Castle in North America that was used to house sovereigns: the Mexican Emperor Maximilian I, and his consort Empress Carlota, during the Second Mexican Empire.