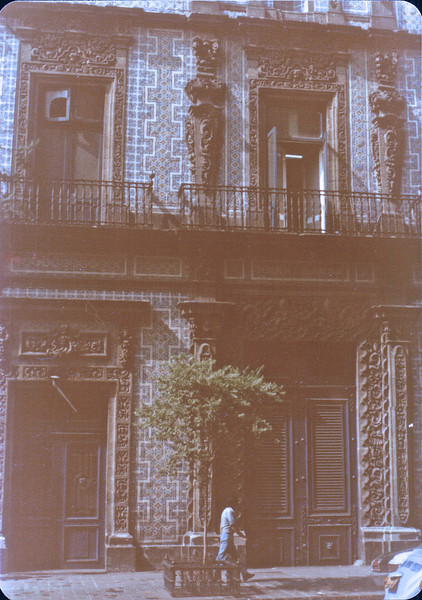 House of Tiles from 1596 - Mexico City - May 1979
There are two conflicting explanations of how this building got its current appearance. The more reliable version states that the fifth Countess Del Valle de Orizaba, who resided in Puebla, decided to return to the capital after her husband's death and remodeled the house with Puebla tile in 1737, to show the family's immense wealth.[1][4][5] The other version is more colorful and tells of a son whose lifestyle caused his father to state that if he didn’t change his ways he would "never build his house of tiles," meaning that he would never amount to anything. As an act of defiance, the young man had the tiles put on when he inherited the house. These tiles cover the three exposed facades of the house on both levels.