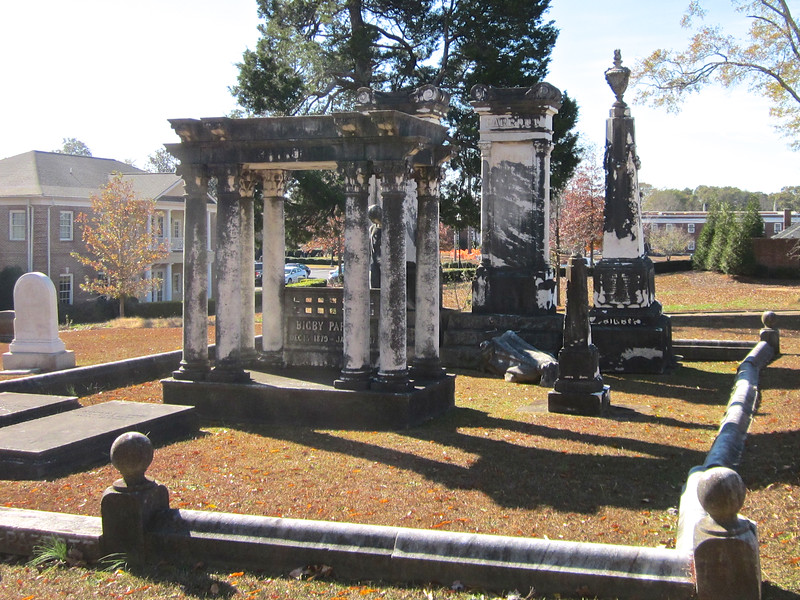 Bigby-Parrott - Oak Hill Cemetery - Newnan, GA
Section 19A, Row 3 - Judge John S. Bigby, son of pioneer settlers in the Raymond community, was active in business, political, and agricultural areas. He and his son-in-law Charles C. Parrott, Pres. of Newnan Nat'l Bank, won awards for prize cattle. The enclosed lot has an identifying threshhold at the entrance. Two massive columns with Ionic scrolls, an obelisk topped with an urn, symbolizing immortality, a gazebo with 8 columns and a Corinthian entablature, further enhance this impressive plot near the entrance to the cemetery.